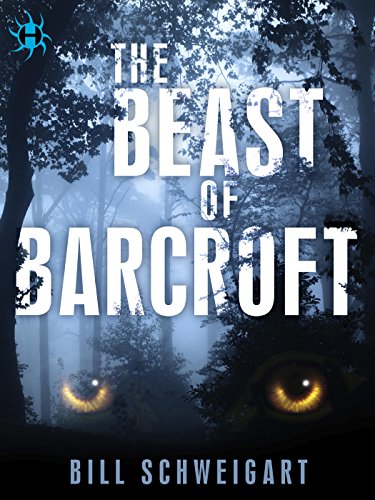 Ben McKelvie believes he’s moving up in the world when he and his fiancée buy a house in the cushy Washington, D.C., suburb of Barcroft. Instead, he’s moving down—way down—thanks to Madeleine Roux, the crazy neighbor whose vermin-infested property is a permanent eyesore and looming hazard to public health.

First, Ben’s fiancée leaves him; then, his dog dies, apparently killed by a predator drawn into Barcroft by Madeleine’s noxious menagerie. But the worst is yet to come for Ben, for he’s not dealing with any ordinary wild animal. This killer is something much, much worse. Something that couldn’t possibly exist—in this world.

Now, as a devilish creature stalks the locals, Ben resolves to take action. With some grudging assistance from a curator at the Smithsonian’s National Zoo and the crackpot theories of a self-styled cryptozoologist, he discovers the sinister truth behind the attacks, but knowing the Beast of Barcroft and stopping it are two different animals.

If you’ve been a reader of my blog for a while, then you’ll know I seem to have a tendency to read the monster subgenre of horror. In most of these novels I read, I felt like the monster was uncreative, and just a personal take on a Xenomorph from the Alien franchise. However, this novel is not one of those.

I liked how this monster only affected a small neighborhood and its residents. It made the stakes feel so much higher. Instead of the monster affecting a large area such as a large town or a whole state, it’s a couple of blocks of cookie-cutter houses, To me, that’s more terrifying than anything.

I won’t spoil what the monster is, but I will say that it’s one I am not familiar with and had to do some light research on it. This author gets bonus points for making me learn! I will give this hint: for something so prominent in Alaskan folklore, how it traveled to Washington D.C. is anybody’s guess.

If you are a fan of Stephen King but want a cohesive story, then this novel is definitely for you! This novel will have you looking in the bushes at night.

My favorite part is how Ben overcomes the depression brought on by his father’s death and his fiance abandoning him. The loss of his dog forces him to pull himself up and get revenge for his furry best friend’s passing. By hunting this monster, he not only defeats the monster itself but also defeats the demons inside himself.

I would highly recommend this novel for lovers of horror, monsters, folklore, and all things that go bump in the night. I felt this was a breath of fresh air for me, no xenomorphs, no predictable endings, just a good scary story.