E.L. Croucher is a young author, living in London. She started writing over two years,
with her first novel The Butterfly on Fire, which she published on Amazon. Alongside
her career as a writer, she works as a Japanese translator and interpreter for a well-
known Japanese gaming company, after studying Japanese at university and living
in Tokyo, Japan.

Her latest novel, Horned Winged Blessed is an ironic look into a world in which
gender roles are swapped, and minorities are forced into labels that they did not
choose. With a mix of feminist views and a pro-LGBTQ+ stance, E.L. Croucher writes
to further her dream of a world free from prejudice, hate crimes, and bullying.

I would put this down to two stages. Stage one was when I tried to live as a gay man in the world, so we can call that the “G” phase. It was never right for me though. Everyone, including myself, worked that out over time. My heart was never happy. Still, I learned a lot about minorities and what it means to fit in whilst in the “G” phase – so I don’t regret a single second of it. I made some wonderful friends along the way.

Then eventually, at around 21 years old, I admitted to myself that I wanted to change my body to match my mind. I entered the “T” phase and embraced my life as a woman. Wow, what can I say? It was like living in monochrome all my life until suddenly waking up to color. I’d never felt so happy. Today, I am happier and happier with every new tick that I cross off my transition-goals-list.

And the LGBT+ community has been there to support me in its different forms the entire way. I’m so grateful and feel so blessed to be as lucky as I am.

It looks to me that the sub-minorities within what was already a minority are started to come out of the closet, now that people are finally learning more about the world and questioning themselves. Next, I would like to see the normalization and acceptance of straight cis men that find transwoman attractive and visa-versa. In general, the movement of sexual orientation exploration, non-binary people and their different genders is only just starting.

Unfortunately, I fear that the entire group won’t always fall within the giant LGBTQ+ bubble. I hope it does. In a world like ours, we should try and stick together! Ls should love Ts. Gs should love Ls. That is what love and acceptance are all about, right?

So to answer the question, I think that there is every chance that LGBT+ will no longer fall under the term “niche subgenre” as it grows and expands. But I hope that with whatever form it takes, we can still stick together. Power in numbers.

I wanted to make a social commentary about how gender plays an important role in our lives, and how we cannot assume to label or group together people that do not want that. The main theme of Horned Winged Blessed is that the government in the novel has attempted to make it fairer for all genders by classing them as a ‘third’ one. This, however, is flawed because when forcing it upon the subcategories within the LGBTQ+ community those minorities are in fact having their freedom stolen from them.

My main motive was to give non-binary and transgender people a voice without making the story a huge trope about the journey we go on. (That was perhaps the mistake I made with my first book…)

It’s not our choice. And it has nothing to do with anyone else other than us what we do.
What I mean by that is that my identity and gender has nothing to do with the men that catcall me whilst I walk to work in the morning. When I get chatted-up in a bar, I’m not attempting to “trap” anyone. How self-centered of them to assume that! I’m simply just living my life as I want to and as I always should have. The lines that this blurs between gender and sexual orientation are a secondary issue that modern society has to awaken to and solve in itself.

That is literally what paving the way means to me. 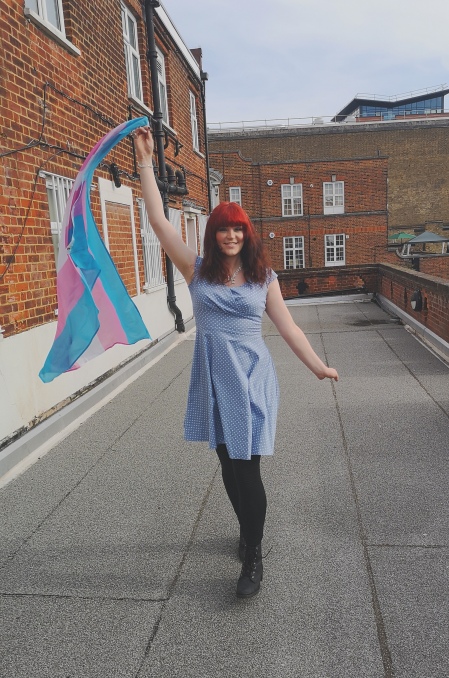 I can’t chisel this down to a single person, but I am truly inspired by allies to the LGBTQ+ movement that have no direct link to it. So for example, a perfectly happy straight cis person who in no way relates to the LGBTQ+ minorities that are 100% supportive and understanding of our cause. That’s an ally. That kind of pure acceptance and benevolence is inspiring. I think that the voice of an ally will resound a thousand times louder than any LGBTQ+ member. When I see or meet someone like that, it makes me want to fight even harder for equality.

There is a great pool of resources out there for any indie writer. I often asked opinions of my cover art, of which editor to go for and whether or not I was making the right decisions. It was always so fantastic to gain such proactive and honest support when those close to me were often too blind with love to tell me the truth.

I honestly mean this when I say that: if I can do it, so can you. My English is a native level, but it’s not perfect. My story had plot holes until my editor tore it apart and rebuilt it back up. It’s a long process, but anyone can write a book if they put their minds to it and are motivated enough.

As a kid, it was, of course, Harry Potter. I always aspired to be as hardworking and focused as Hermione, and wished that my muggle parents would eventually tell me that I was off to Hogwarts next year at school.

I’m still waiting on my owl… should be here any day now!

Thanks, Ms. Croucher for taking the time to answer my questions! I had a lot of fun learning more about the LGBT+ community!

Only Hap and Leonard would catch a cold case with hot cars, hot women, and ugly skinheads.

The story starts simply enough when Hap, a former 60s activist and self-proclaimed white trash rebel, and Leonard, a tough black, gay Vietnam vet and Republican with an addiction to Dr. Pepper, are working a freelance surveillance job in East Texas. The uneventful stakeout is coming to an end when the pair witness a man abusing his dog. Leonard takes matters into his own fists, and now the bruised dog abuser wants to press charges.

One week later, a woman named Lilly Buckner drops by their new PI office with a proposition: find her missing granddaughter, or she’ll turn in a video of Leonard beating the dog abuser. The pair agrees to take on the cold case and soon discover that the used car dealership where her granddaughter worked is actually a front for a prostitution ring. What began as a missing-person case becomes one of blackmail and murder.

I was recommended this series through a user on Reddit. Someone was looking for novels about gay detectives, and this was one of the recommendations. I chose this novel purely on the title, the other novels in this series have unique titles as well so let’s jump into Honky Tonk Samurai!

This novel is one of the more memorable detective novels I’ve read. Honky Tonk Samurai is filled with colorful characters, non-stop action, and redneck/Texas humor. I will say that the language used is very vulgar. So if you’re not into that kind of thing, you might want to pass on this one. In defense of the choice words and jokes, I felt like that was part of the charm.

The main plot twist left me baffled, but in the end, it all made sense once all of the pieces were put together. So bonus points for me not guessing the mystery! Usually, I’m able to figure out the mystery about halfway through the book. This one kept me guessing and I really liked that about it.

More on Hap and Leonard’s chemistry, with them being like brothers from another mother, it was a nice change of pace from a lot of the other stories I’ve read in recent weeks. Leonard, I’d say, is the rougher of the two characters even though he’s gay. He’s one that does not mess around when it comes to protecting those that need it. Hap, on the other hand, is more of the mediator type, kind of like keeping the rough part of Leonard in control when necessary.

Overall this book was something new and interesting that I’d never heard of or thought to look up, the subject matter was a bit different but extremely interesting! If you like a story about rough and tough southern boys and some redneck action, this is most definitely the book for you! Although, like I said if crude and vulgar language isn’t your thing then this book is kind of a pass.

Supernatural consultant Dane receives a call from the government about dealing with a couple of dragons that are making airplanes halt their flights. Dane goes to investigate the area, and things aren’t quite what they seem. Soon Dane’s alliance with the dragons will put his world in danger. Will Dane be able to help the dragons?

I enjoyed this book. It was different, there were all different kinds of supernatural creatures in this book! However, the main focus was on the dragons. I was wary of the fact that this is classified as an LGBT book. It only provided laughs and giggles because I’m immature in my sense of humor. So just be wary of that.

I enjoyed the wide range of characters, each felt unique and special. My favorite was Lumie! He’s adorable in the fact that he attaches himself to Dane’s leg, and travels with him wherever he goes. He even discovers his favorite candy is cinnamon bombs!

This was a nice and easy read, and I might continue reading this series. Whether for this blog, of for my own time.

I would recommend this book for fantasy lovers, LGBT, and if you’re looking for a quick and easy read. 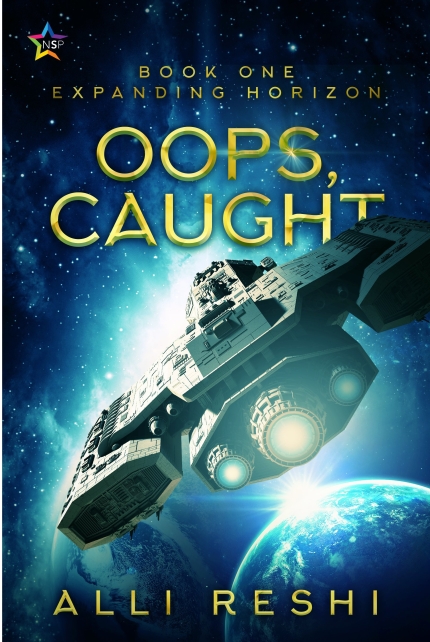 In this sci-fi short story, we follow Mark Noland and Officer Gavson as they attempt to escape from an alien prison cell. The mission was supposed to be simple, an in-and-out job. However, due to outdated resources and unexpecting surprises, they are captured and will be killed in gruesome ways unless they can escape.

The LGBT genre is still a niche in the world of fiction, and this is not flat out LGBT, it’s more just hinted at. So I would say it has soft gay subtext involved.

Seeing Noland and Gavson work through their problems as they make an escape attempt is interesting. Their pasts are vastly different, but when it’s your neck on the line, it’s another ball game.

This was an entertaining read. I enjoyed it even though the beginning was a bit tough to start off. If you’re looking for a quick sci-fi read, this could be your book.