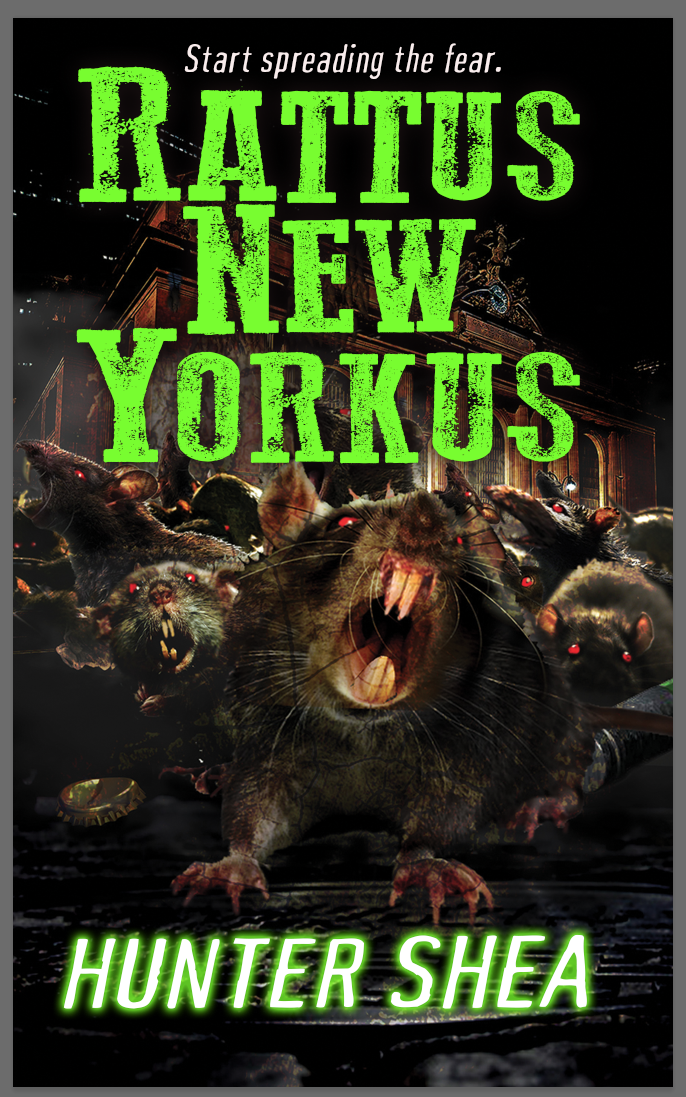 THEY’RE BIGGER
Deep in the sewers of New York City, the rat population is growing. Dr. Randolph Finch is determined to break the cycle. His new rodenticide, Degenesis, doesn’t kill rats. It sterilizes them from reproducing. But nothing adapts faster than a New York rat . . .

THEY’RE SMARTER
City exterminators and soon-to-be divorced Chris and Benita “Benny” Jackson think they know how these rats think. They know how rats breed. And they fear that Degenesis has only made these rats stronger. More aggressive. More intelligent. And more ravenous than ever . . .

TONIGHT’S DINNER SPECIAL: US
After a noticeable surge in rat den activity, the Jacksons witness something strange. Without warning, the rats disappear—only to reassemble in a massive lair beneath Grand Central Station. Millions upon millions of them. Working together. Operating as a hive mind. Feasting on the flesh of the homeless below—and planning their all-out attack on the unsuspecting humans above.

In 2018, I read Mr. Shea’s novel Montauk Monster and I enjoyed it so much that I knew I had to read more of Mr. Shea’s works. Similar to Rattus New Yorkus is another novel I haven’t had a chance to read; Vermin 2.0 by Lee Gabel. Both share the theme of rats rising up and fighting back against the exterminators. So let’s get into the depths of New York’s sewers in Rattus New Yorkus.

I liked the main characters Chris and Benny. Rarely does Chris call her Benita, so throughout this review I will refer to her by her nickname Benny. I think it was interesting to see them work together even after they got divorced. There wasn’t much drama between the two or much animosity. They both seemed to have the understanding that they were more meant to be friends and not spouses.

The idea of a ‘harmless’ way to stop the rats from reproducing sounds laughable to a certain extent. A poison that only stops their ability to produce young sounds like something a environment-conscious scientist came up with.