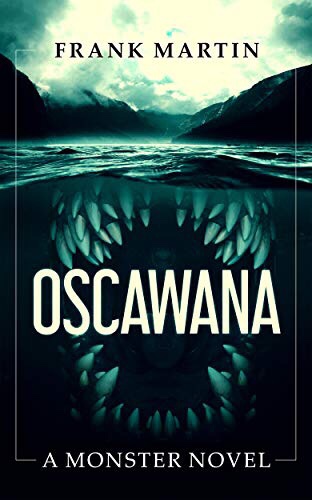 Located just forty-five miles north of New York City and isolated in the hills of Putnam Valley, Lake Oscawana is the perfect summer getaway. At least, that was what April’s mother told her when she dropped April and her brother off to spend the season at their uncle’s lake house. It wasn’t bad at first. April thought she might’ve finally found someone that made her feel like family and a place she could actually call home. But April grew worried when she found something living in the water. Something strange. Something growing. She wanted to tell someone and sound the alarm, but April would have to learn the hard way that not all monsters lurk beneath the water.

I found this novel on Twitter, a lot of authors I follow retweet their friends’ works. I thought the premise was unique and I couldn’t wait to jump into Oscawana: A Monster Novel!

I feel that the author did a really good job of making Lake Oscawana seem isolated and far away from civilization even though it is in Upstate New York. I felt like I was in the depths of Canada for as far as April had to travel just to get to the nearest small town.

Early in the novel, April stumbles upon the monster when he’s still small and not threatening. They quickly develop a friendship that grows as the monster, who April named Oscar after the lake he lives in, grows in size.

The build-up to the climax is really slow, we’re mostly following April as she watches Oscar grow into an actual killing machine. Even when April comes to this realization, I found Oscar just as adorable and harmless as when April first found him. Oscar reminded me of a genetically modified dog.

April as a character feels so ingenuine from one moment to the next, more or less for the first half of the novel she is your standard teenager who has been let down by the adults around her. Then after the climax, her motives and reasons flip flop. I can’t go into more detail due to spoilers, but it was frustrating.

Shocked, Brad pulled back from the water and watched in horror as what he assumed to be blood spread out like a blooming flower. The crimson tinge was thick and slimy, bouncing a blinding ray of light in Brad’s eyes. He couldn’t look away, though. Brad stared at the ever-expanding slick of blood as it continued to grow until it completely surrounded the boat. –Oscawana: A Monster Story

I feel the ending to be lackluster, the ending feels like there could have been enough for a sequel or even a short story sequel. The ending left me feeling unsatisfying and left me with a lot of questions. Will April reunite with Oscar? Where did Oscar come from? What will happen to Oscar? Maybe these questions will be answered in some way.

Overall, I have mixed feelings towards Oscawana. I think it’s an alright story. I was expecting more monster action but was disappointed when 80% was about the human characters and their drama. If you’re looking for a quick read, I would recommend this novel. The action was great, and the heart and emotion were as well.