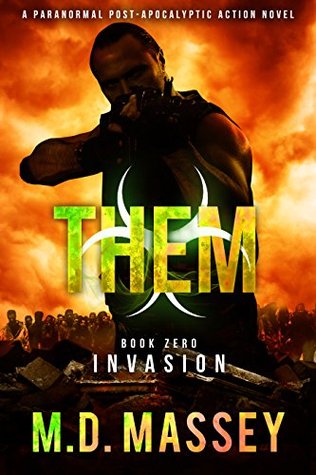 Aidan “Scratch” Sullivan is a former Army Ranger and Afghanistan War vet trying to achieve some semblance of normalcy while he deals with the psychological after-effects of two combat tours in the ‘Stan.

But when the bombs fall and the dead walk, Scratch is forced to risk life and limb to rescue his aging parents before zombies overrun their quiet community. And to do it, he’ll need to traverse half the state of Texas while dealing with out-of-control military units, violent redneck looters, and all manner of evil things that go bump in the night…

I enjoy a good military-minded protagonist to guide the reader through the zombie apocalypse. To see someone who is trained to think and respond rationally, faced with the walking dead makes the tension even greater.

It was odd to me, as Aiden was able to travel around the zombie-ravaged wasteland of Texas and how his truck didn’t bring a constant mob of zombies wherever he went. The most common way a zombie can detect the living is by sounds. Since Aidan’s truck wasn’t affected by the EMPs then that would make the engine a very loud broadcaster to the zombies.

One thing I enjoyed about Invasion was the fact that the author wasn’t taking everything seriously. You could tell in the dialog that they were somewhat aware of how ridiculous their world has become. This was executed in a way where even though the author was having fun with the story, I was able to enjoy both the humor and the overall story.

I would highly recommend this novel for lovers of post-apocalyptic fiction, zombies, horror, and novels that don’t take themselves too seriously. The Invasion was thrilling, action-pact, and humorous in a subtle way.

Learn More About Me Here