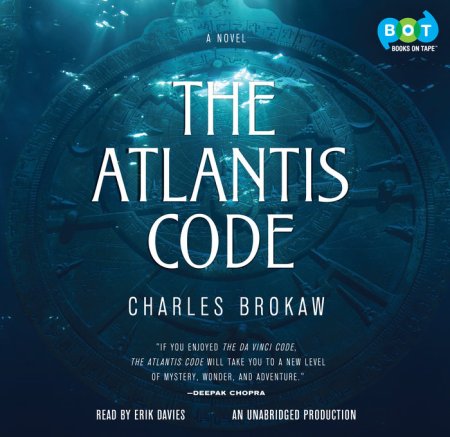 A thrill-seeking Harvard linguistics professor and an ultrasecret branch of the Catholic Church go head-to-head in a race to uncover the secrets of the lost city of Atlantis. The ruins of the technologically-advanced, eerily-enigmatic ancient civilization promise their discoverer fame, fortune, and power… but hold earth-shattering secrets about the origin of man.

While world-famous linguist and archaeologist, Thomas Lourds, is shooting a film that dramatizes his flamboyant life and scientific achievements, satellites spot impossibly ancient ruins along the Spanish coast. Lourds knows exactly what it means: the Lost Continent of Atlantis has been found. The race is on, and Lourds’ challengers will do anything to get there first.

Whoever controls the Lost Continent will control the world.

The mystery of the Lost City of Atlantis has fascinated the human race ever since Plato wrote about its wonders and glory was spread throughout the world. With questions like, ‘how did Atlantis sink?’ and ‘was it really as wonderful as the stories made it out to be?’ anyone would be willing to put their life and career on the line for the fame of finding this lost city.

I would say if you’re sensitive to novels that discuss religion in an untraditional way, I would say to either to be wary of this novel or take the warning and enjoy it for what it is: a fictional treasure hunt.

Overall, I enjoyed this novel. The only thing I wasn’t a fan of was the “love triangle” between Lourds and his two female companions. I felt like the TV hostess was just used for tension and plot advancement.

I found the ending was cinematic, and I actually felt like everyone’s lives were at stake. The plot threads were neat and nicely wrapped up. Even though the story had a complete and fulfilling ending, I would be interested in going on another adventure with the professor and his friends again soon.

I would recommend this novel for lovers of ancient mysteries and treasure hunting. The Atlantis Code is a perfect story for those who are intrigued by the Atlantis legend and who want an exciting adventure across the world.