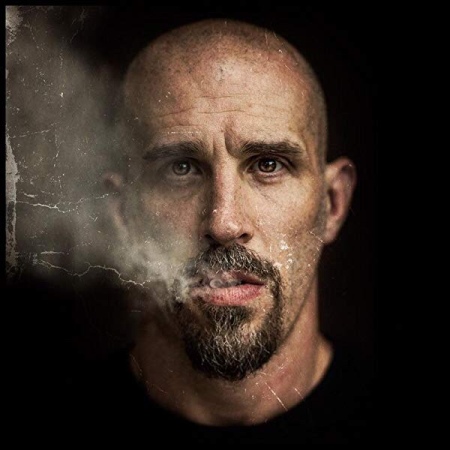 Mark Tullius is the author of Ain’t No Messiah along with other popular novels such as 25 Perfect Days and Brightside. He has a talent for writing dark fiction. When I requested to read his novel, Ain’t No Messiah I asked him if he’d be interested in doing an interview with me.

Q: What about religious cults inspired you to write a novel based on one?

Mr. Tullius: I’ve always been interested in religious beliefs, but it wasn’t until David Koresh and the Branch Davidians made headlines in 1993 that I took more of an interest in cults. It amazed me that people could bow down and worship individuals like Koresh and Jim Jones, but the more I looked at religion, the more I understood there often isn’t much of a difference between cults and the religions they splinter off from.

Q: Why do you think cults base their beliefs or Christianity?

Mr. Tullius: It makes sense for cults to take a little spin on stories already told. Many leaders probably believed a good deal of whatever religion they were part of but worked it into something that better fit their vision and benefitted them. By doing so it’s also much easier for them to find members that are already familiar with their overall belief and have a track record of devoting time and money to a cause based solely on faith

Q: What other authors are you friends with and how do they help you in the writing or publishing process?

Mr. Tullius: I have not taken advantage of becoming friends with other authors. I am a member of the Horror Writers Association and have met some great people through there, but I’m not very active in the group. It would be nice to have friends that I could talk about the process and turn to for advice, but I’ve been stubborn and determined to figure this thing on my own.

Q: What is your favorite under-appreciated novel?

Mr. Tullius: One of my favorite books is 1984 by George Orwell. Although that book has seen a resurgence over the last decade thanks to society’s move towards dystopia, I believe it is still under-appreciated. Orwell was a genius and the book is incredibly powerful and relevant 70 years after it was written.

Q: What was the hardest scene to write?

Mr. Tullius: As a recovering Catholic who was taught sex was sinful outside of marriage, I’ve always struggled writing love scenes. With violence, I have a good sense of how much is too much, but with sex scenes, it is a bit harder to gauge. Those scenes were even harder with Messiah because the main character’s sexuality has been repressed through religion and then heavily influenced by pornography. Trying to capture the emotions while staying true to his character made for some uncomfortable situations, but overall I was happy with how the scenes turned out.

Q: What did you enjoy reading growing up?

Mr. Tullius: As a kid, I loved to read the Choose Your Own Adventure stories. Those books were awesome because you got to steer the story and see different outcomes. Prior to those books, I believed that stories were set in stone, but that series opened an entirely new way of looking at literature and wondering what would happen if the character had made a different choice. My Try Not to Die series wouldn’t be happening if it weren’t for the COYA influence. Another big influence in grade school was military fiction. My favorite was The Eagle Has Landed by Jack Higgins, a book I read at least three times in the fifth grade. After that, I was turned on to Stephen King and devoured everything that he and Dean Koontz wrote.

Q: Do you have an interesting writing quirk?

Mr. Tullius: I don’t feel like I have any interesting quirks but if someone were watching me write they would probably say otherwise. I talk to myself quite a bit, especially when trying out dialogue, and I often act out motions. So if you ever see some weirdo sitting by himself, spouting random nonsense and waving his hands around, be sure to stop by and say hi.

Q: What did you want to be when you were a kid?

Mr. Tullius: As a kid, I wanted to become a police officer or join the military. From a very young age, I was obsessed with violence and power and knew I needed some sort of danger in my life. Fortunately, I discovered I could satisfy that craving through writing.

Q: Ain’t No Messiah is set in modern day, why did you choose this?

Mr. Tullius: This novel is set in modern day for a few reasons. The main reason is that I like to write what I know and to point out things that bother and concern me. I wanted the narrator to have some of the same experiences I did and I had to fit this novel into the 5-book Tales of the Blessed and Broken series which I’d begun writing prior to coming up with this novel. The other books in the series are all set modern day so I didn’t have much of a choice if I wanted to include this one.

Q: Do you have a favorite quote? Either from this novel or in general?

Mr. Tullius: “Remember: Matter. How tiny your share of it. Time. How brief and fleeting your allotment of it. Fate. How small a role you play in it.” – Marcus Aurelius, Meditations

Thanks so much, Mr. Tullius for giving me the opportunity to read your upcoming novel!

Read My Review of “Ain’t No Messiah” HERE

One thought on “Q&A with Mark Tullius”