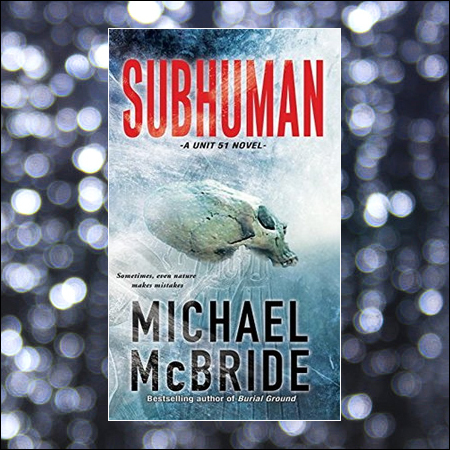 At a research station in Antarctica, five of the world’s top scientists have been brought together to solve one of the greatest mysteries in human history. Their subject, however, is anything but human.

Deep beneath the ice, the submerged ruins of a lost civilization hold the key to the strange mutations that each scientist has encountered across the globe: A misshapen skull in Russia. The grotesque carvings of a lost race in Peru. The mummified remains of a humanoid monstrosity in Egypt.

When a series of sound waves trigger the ancient organisms, a new kind of evolution begins. Latching onto a human host–crossbreeding with human DNA–a long-extinct life form is reborn. Its kind has not walked the earth for thousands of years. Its instincts are fiercer, more savage, than any predator alive. And its prey is the scientists who unleashed it, the humans who spawned it, and the tender living flesh on which it feeds.

I enjoy reading books based on conspiracy theories. I have reviewed a few novels in this category. So the summary of this thrilling novel caught my attention.

My only downside is that there were too many characters. I felt like I needed to take notes about who was who and why they were invited to the Antartic research base.

Other than that negative, I found this book to be enjoyable. It has an interesting premise that the author pulls off fairly well. I felt like this novel was inspired by the Alien franchise. The description of the monsters reminded me of the Xenomorphs in the famous franchise.

I am interested to see how this series progresses from here. I will highly recommend this book to science fiction lovers. If you enjoy conspiracy theories and the Alien franchise, then this is the book for you!