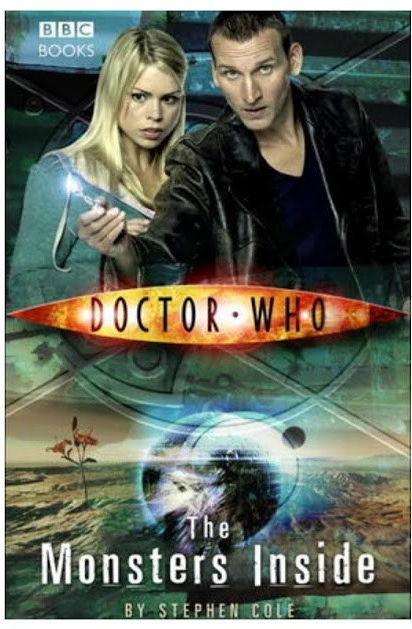 The Doctor and his companion, Rose Tyler, land on an alien planet where the ancient pyramids are being built. Before they can even leave the TARDIS, they are captured and arrested for trespassing. However, things as always are suspicious, and it’s up to Rose and the Doctor to fix things and save the universe.

I am a fan of Doctor Who, I’ve watched the rebooted version up to season 7, and I’ve watched the Classic episodes. I have read several of the novelizations and audiobooks. I’m not sure if I was expecting too much from this, or if it was just executed poorly. The villains, the Blathereen, even though they are the rival family of the Slitheen, still was predictable. Any Doctor Who fan would know where this story was going and fast.

Their plot was to take over the Justice planet system, and build a transportable wormhole so they can destroy other planets and sell the scraps for profit. A similar plot was used in season 1 of the Doctor Who 2005 reboot.

I enjoyed this novel, I love the 9th Doctor. Christopher Eccleston did a “fantastic” job as a reintroduction to the Doctor character. He is grizzled and battered after the Time War, so he is darker and edgier than his earlier previous incarnations.

The novelizations are usually a way to tell a Doctor Who story that might be difficult to tell on TV. Some call it glorified fanfiction. So to see this predictable of a plot disappointed me.

I would recommend this if you’re starting with the Doctor Who novels. It has familiar characters and villains that have appeared on Doctor Who before. The Slitheen and the Blathereen are very similar in goals and motives. So the slight name-change doesn’t make much of a difference.

Learn more about the Slitheen here

Buy it here on Amazon (not sponsored)

Read My Other Doctor Who Reviews Here!